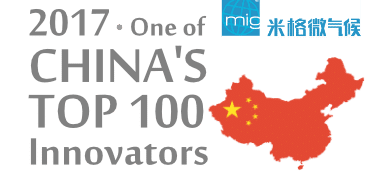 The 15th China Enterprise Development Forum on “New Era, New Enterprise, New Finance, New Industry” took place on January 20, 2018 in the Great Hall of the People in Beijing. The event was led by China Enterprise Confederation and China Association of Enterprise Directors.  This event has been held for 23 years and is considered one of the most important events for Chinese companies.

MIG (Zhejiang) was recognized as one of China’s top 100 companies in 2017 in the Innovation category.

The jury consists of famous economists, influential personalities from the press and business. The election results will not only be broadcast and published via CCTV, People’s Daily, Economy Daily, etc., but will also be reported simultaneously by all media channels at provincial, city and municipal levels. The message from this award is often regarded as mainstream values of China’s industry and economy as well as a trend indicator for China’s future economic development.

×
We’re still here for you - with service and safety!

More information on the current situation